I educate Pa Voters about what's going on in our courts conducts, elections, and reforms. I also focus on prevention from entering the courts. Currently working on 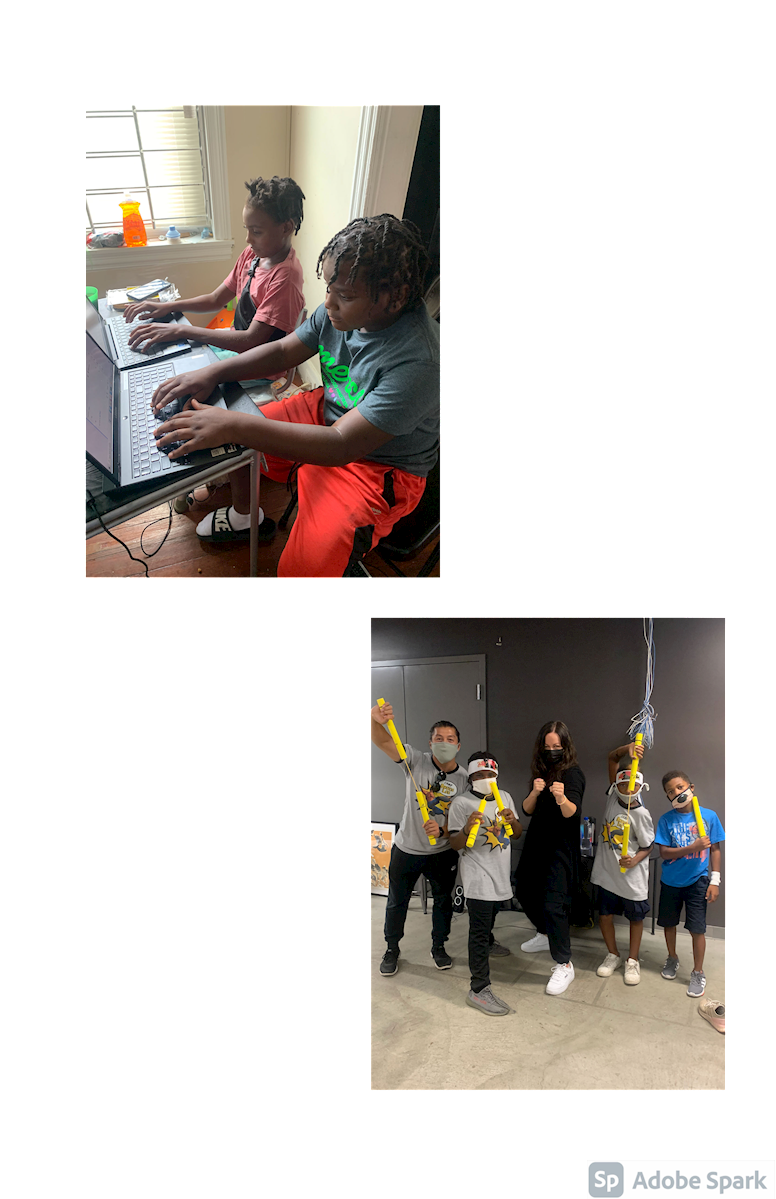 Introducing the art of data science as a tool in advocating for much needed resources to stop structural violence on vulnerable communities. Exploring the various forms of violence in our communities and those looking to stop the violence. Data science is what directs policy often with the most affected communities not being part of the policy-making discussion. Social Justice Stops The Violence Data Mapping Initiative is a longitudinal initiative to add stories from communities addressing the various forms of violence plaguing our city.

November 2021 The summer experience with our youth and their families highlighted the need for our men and boys to be connected to each other and our families. i was able to nurture our boys but what they are in need of is safe mature boys to men bonding space and time.

Meaningful connections in stressed-filled homes and communities may or may not exist. Thanks to cracks in systems of our society that feed off of those who fall between the cracks. Some of our homes are broken because of teenage pregnancies. Babies raising babies. Some are broken because gentrification of families is camouflage often justified through unregulated family services that promote more broken family service systems. Then I have connected with families who have been through the systems of dhs foster care and come out on some real childs play mentality aka the devil’s playground. Our meaningful connections have been lost because our families have been on the chopping blocks of society’s quiet kept Willie Lynch perception.

Mom’s raising sons without strong male role models often keeps the youth from developing as an older mature male would. Most days, if the phrase, “moms raising boys” hits the news there either is a school shooting, reviews of gang violence or other youth violence. Troubled boys without a father-figure in their lives is often a primary topic of concern. Some call it an epidemic resulting from boys not having a dad or positive male role model in the picture. As a single mom of a son, my concerns are the same as any parent.

How do I raise a good child who becomes a healthy man capable of contributing to this world, being compassionate and at the same time strong in his own character with good manners and independence?

No matter your demographics, whether you have a boy or girl and are a single mom or single dad, single-parent homes pose challenges. (https://singlemommytribe.com/single-mom-raising-boys/)

Disconnected families and community members are my population. Covid summer 2021 my 10 year old grandson and his friends wanted something productive to do amidst the public camp and libraries being closed or virtual. The youth ages 7 to 12 are majority boys, looking for activities good or bad because their single moms are at work and can’t afford quality child care or face some obstacle in providing activities for their children. I would ask to talk to their parents before allowing them to come to the rooming house and learn data science. When I asked one of the boys to call and ask his mom if he could stay, he replied “My mom don’t care, she always at work”. I let him know that his mom does care, that’s why she is always at work.

Juneteenth 2021 during a youth speakout, with a male facilitator, my grandson’s 16 year old brother expressed concern for how he is perceived by people in our community who talk about him as being out of control and bad.   “We don’t have someone to talk to, someone to tell us what we are doing is wrong. We come outside and see the old heads on the corner but they not really old heads because they on the corners. I don’t want to be on the corner”. The respect from one generation to the next comes in pockets or has faded. Our youth are often unsupervised and raising themselves with media images and advice from their immature peers.

During some of our data science lessons or outings the boys would act out. I tried to help them understand de escalation, recognize what sets them off and patterns with their body language that shows the childish manipulating state they need to grow out of. Conduct disorder is a repetitive and persistent pattern of behavior in children and adolescents in which the rights of others or basic social rules are violated. The child or adolescent usually exhibits these behavior patterns in a variety of settings—at home, at school, and in social situations—and they cause significant impairment in his or her social, academic, and family functioning.

Conduct disorder is more common among boys than girls, with studies indicating that the rate among boys in the general population ranges from 6% to 16% while the rate among girls ranges from 2% to 9%. Conduct disorder can have its onset early, before age 10, or in adolescence. Children who display early-onset conduct disorder are at greater risk for persistent difficulties, however, and they are also more likely to have troubled peer relationships and academic problems. Many youth with conduct disorder may have trouble feeling and expressing empathy or remorse and reading social cues. These youth often misinterpret the actions of others as being hostile or aggressive and respond by escalating the situation into conflict. Conduct disorder may also be associated with other difficulties such as substance use, risk-taking behavior, school problems, and physical injury from accidents or fights.(https://mhanational.org/conditions/conduct-disorder) When we met over the summer I worked to implement collective care and allowed space to express our concerns.

August 24th we held another youth speakout with female facilitators. The 12 year old boy was the only boy who got on the mic and started beatboxing. I’m amazed at his artistic expression and encourage him to practice the art.

August 26th the last day of our meeting, we met with a senior male elder because I could not connect with male mentors the entire summer. The boys shared their insecurities and held a good hour conversation with our elder. This experience highlighted the need for boys to men bonding time. I was able to nurture and guide the boys with activities but what they really wanted was a male to listen and talk to.

When researching how to help my family and their friends I came across The ManKind Project and learned that my boys and their friends have been desensitized, taught to endure pain without complaint, and told that it is an honor to sacrifice their bodies for society. As a result, many men suffer from isolation and are prone to addictions and to acting out their feelings in dysfunctional ways. Many are afraid of intimacy, both with men and with women. They hide behind masks that are brittle and in need of repair.

Many men are sad, lonely, frightened, angry, and ashamed, and don’t even know it. And with the loss of their feelings, they also lose what is most precious to them: Their ability to value their world and to hold life dear.

August 4, 2021 My grandson’s friends didn’t come over so he and I viewed a screening of “The Mask You Live In”. Great experience having the tools with the film as a conduit for male conversations between my grandson and his nana.

Im currently building a relationship with the University of Pennsylvania Penn Community Scholars Program learning to address the root cause of violence in our homes and communities. The summer experience pushed me to understand what our men and boys are going through and how to build meaningful connections.

Emotional Intelligence is a person’s ability to understand theirs and others’ feelings and the emotions created by those feelings. While also having the ability to respond or not respond. (Salovey, P.) No matter the demographic, culture, one or two-parent upbringing, cracks in our society have our men and young boys in a serious emotional intelligence crisis. Isolated in their homes, falsely accused in prisons and/or roaming the streets. This type of stress is bad for the physical and social health of men and boys. The constant stress produces an overload of cortisol and adrenaline in the brain and can lead to a lack of future perspective. (Sandra Bloom) Research shows that compared to girls, boys in the U.S. are more likely to be diagnosed with a behavior disorder, prescribed stimulant medications, fail out of school, binge drink, commit a violent crime, and/or take their own lives.

Currently connecting with organizations addressing the concerns of men and boys to share the concern, resources, and support.

Please connect with us by taking our survey or entering your contact information in the form at the end of this page.

Please take and share our community survey addressing gun, and hate violence along with the digital divide.

See all volunteer opportunities with this partner organization >>
Other
Other
philadelphia, PA, 19102